You are here: Home / News / Featured

Lloyd Griffin, Chairman of the Elizabeth City-Pasquotank County Economic Development
Commission (ECPCEDC), is pleased to announce that the Commission board has selected Jeff
Berry as the new director of Economic Development.
Mr. Berry was chosen from a very competitive candidate pool. He brings years of private-industry
business development experience, as well as several years of overseas business management
experience. Most recently he was senior program director for a large defense contractor
supporting aircraft overhaul operations at the Coast Guard Aviation Logistics Center. Mr. Berry’s
relationship with Elizabeth City began in 1979 when he attended training as a new Coast Guard
member at the Coast Guard Aviation Technical Center. Mr. Berry has lived in Elizabeth City for
more than 25 years.
Mr. Berry received his Bachelor of Science Degree from Embery-Riddle Aeronautical University
and he is a Coast Guard Veteran. Mr. Berry is scheduled to begin working for the ECPCEDC
on October 21, 2021.

The members of the Board of the Elizabeth City-Pasquotank Economic Development Commission will have a special meeting on Wednesday, September 29, 2021, beginning at 8:00 a.m. The meeting will be held in the Community Service Room of the Pasquotank County Public Safety Building, 200 E. Colonial Avenue, Elizabeth City, NC 27909.  The purpose of the meeting is to hold a closed session pursuant to North Carolina General Statute 143-318.11(a)(3) in order to consult with an attorney employed by the Board regarding a matter within the attorney-client privilege and to preserve that privilege; and pursuant to NCGS 143-318.11(a)(6) to consider the qualifications, competence, performance, character, fitness, conditions of appointment, or conditions of initial appointment of an individual public officer or employee.  Following closed session the Board may take personnel action in open session. 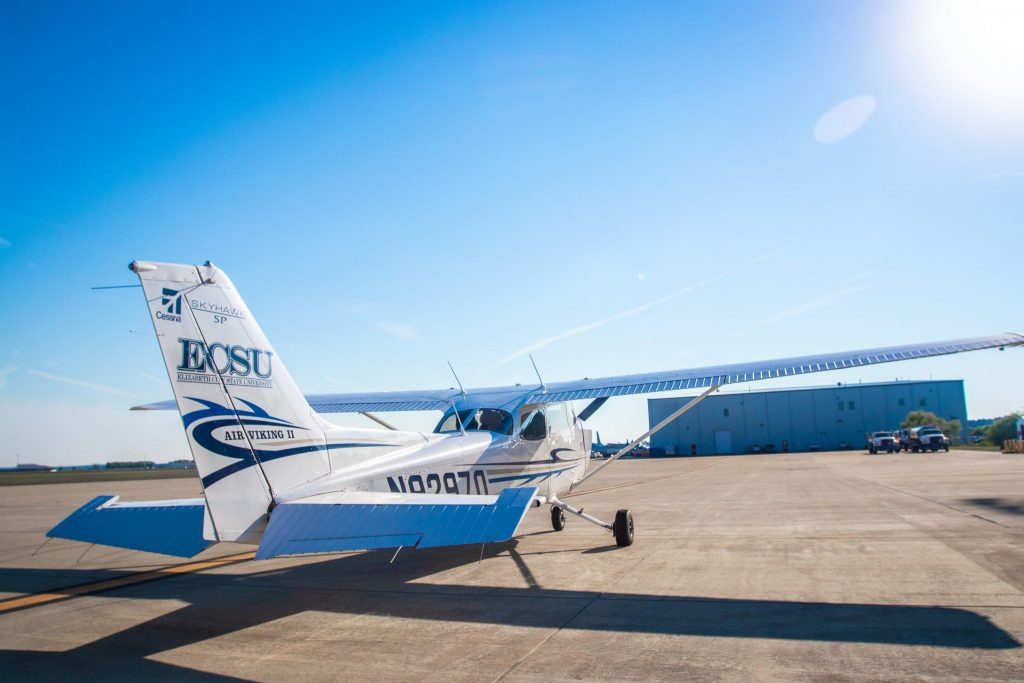 Elizabeth City State University and United Airlines Aviate pilot career development program have partnered to train a new generation of pilots. On Friday, Aug. 27, on the ECSU campus, university officials will be joined by United Airlines representatives to launch a partnership that seeks to not only train future pilots, but also bring more women and people of color into the ranks of commercial aviation.

According to ECSU’s dean of the School of Aviation, Emergency Management, Health and Technology, Dr. Kuldeep Rawat, this exclusive partnership with United Airlines brings the most direct route to a job offer for ECSU aviation students with United Airlines.

“United Airlines staff will provide support and coaching to help our students on their journey to become a United Airlines pilot, which includes access to senior leadership, site visits and tours, and certain travel privileges.”

On Friday, Aug. 27, ECSU and United Airlines officials will gather at the university’s Mickey L. Burnim Fine Arts Center at 10 a.m. to celebrate this new partnership. Among the United Airlines representatives present at the ceremony, will be the first the African American female pilot for the U.S. Air Force, Capt. Theresa Claiborne, now a United pilot.

In April, United Airlines announced its plan to hire and train 5,000 new pilots through the United Aviate Academy with at least 50 percent women or people of color.

“We are pleased to partner with Elizabeth City State University to identify and train the next generation of United pilots,” said Capt. Curt Brunjes, United’s managing director of pilot strategy and Aviate. “Though this partnership, aspiring ECSU aviators will connect with dedicated mentors to learn, train and pursue a direct path to a United flight deck.”

ECSU’s signature aviation program is the only four-year aviation degree in North Carolina. Students enrolled in the program earn their bachelor’s degree in aviation science while receiving flight training and earn their private and commercial pilot’s license. ECSU aviation graduates go on to serve as military and commercial airline pilots.

By partnering with United Airlines, ECSU aviation students will gain access to: