VectorCSP, which operates out of the old First Union Bank office on Elizabeth City’s Main Street, won its first contract 15 years ago to provide logistics support for the Coast Guard’s HC-130J aircraft. For the first 10 years of the company’s history, most of their employees work at Base Elizabeth City within various product lines at the Coast Guard’s Aviation Logistics Center (ALC).

VectorCSP’s motto is “Work Smart and Hard to make Government Work Better, Respect and Take Care of Each Other, and Give Back to Our Community.”

“I believe the reason we are successful and have been singled out for superior performance is that we try to live our motto every day,” said VectorCSP CEO Stan Walz. “And this applies to all of our employees, not just the company’s leadership team. The commitment of our employees to the missions of our government clients, as well as their character, dedication and professional competence, is what makes the difference – and it all began here in Elizabeth City”

Because of its local success with the Coast Guard, VectorCSP is now providing logistics support to NAVAIR at Patuxent River, Maryland, and to the Air Force Special Operating Command (AFSOC) at Fort Walton Beach, Florida. VectorCSP is opening additional offices in these locations. The company also operates an office in Curtis Bay, Maryland, which supports the Coast Guard Surface Forces Logistics Center (SFLC).

VectorCSP gives back to the community locally in a number of ways. It sponsors and participates in the recent “Walk a Mile in Her Shoes” event for Hopeline; provides scholarships to deserving STEM students at the Northeast Academy of Aerospace and Advanced Technology, allowing them to attend summer sessions of the National Flight Academy in Pensacola, Florida; and supports the SPCA and the local school system. On a national level, VectorCSP annually supports the Coast Guard Foundation, Wreaths Across America – with financial support as well as the placement of wreaths – and the Air Commandos Association in Florida.

Headquartered in Elizabeth City and founded by local residents, VectorCSP is having a national impact for its clients, its employees, and the community. 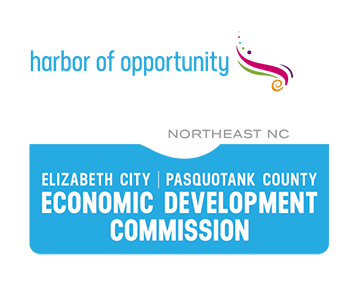